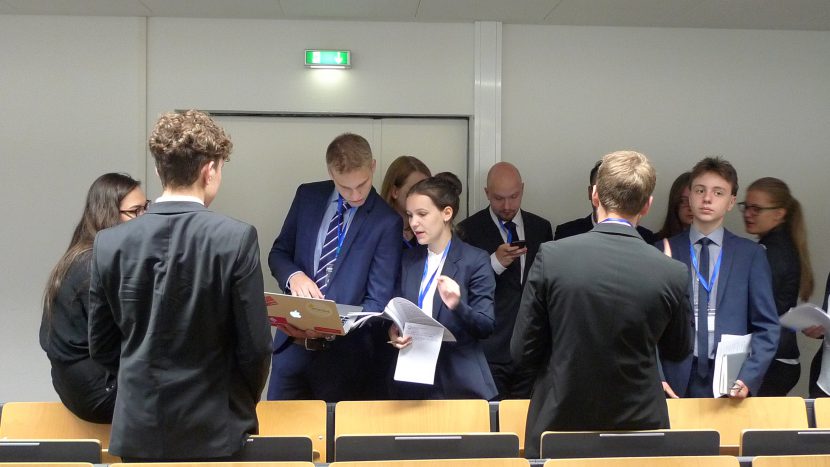 Discussions in the Disarmament and International Security Committee (DISEC) look very promising. Topics on the agenda of the DISEC are Cyber Warfare: Exploring the Possibility of Digital Arms Regulation as well as Regulation and Control of Autonomous Weapons in Conflicts, then the committee is one tasked with dealing with global challenges and threats to peace that affect the international community and also seeks out solutions to the challenges in the international security regime.

The first agenda for discussions was “Exploring the Possibility of Digital Arms Regulation”. After the first order of the session, where the delegates gave short statements about their standpoints on the topics, it was clear to see that most delegates were concerned with anonymity in cyberspace, and how this is misused by non-state actors.

A motion for an unmoderated caucus was made, which was agreed upon by the delegates. Delegates were apt to take advantage of this to build alliances and determine which countries they can effectively cooperate with on this issue. It was clear to see blocks being set up with France leading one of them. As a first timer, the delegate of France says she is looking forward to having fruitful discussions in the council and to closely work with Germany. She however expressed disappointment in the lack of representation of African and South American countries in the committee and hopes nonetheless to work with those present in combating cyber warfare.