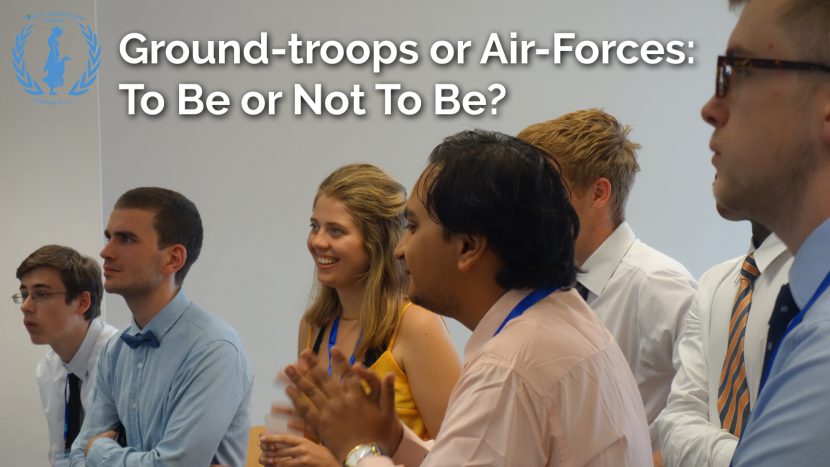 NATO finally put through a resolution concerning “Russian Violations of the INF-Treaty and a Possible New Nuclear Armament”, containing no financial sanctions against Russia, but a mission called “Baltic Shield”.

Starting the last day of the conference with the second Topic “Control, Disarmament and Non-proliferation of Chemical, Bacteriological (Biological) and Toxin Weapons”the NATO remains together claiming that they want to stop the Assad-Regime by sending troops to Syria.

The plan of the United States is a so-called “zero tolerance politic” concerning chemical weapons wanting to send air-forces to Syria, where Montenegro on the other side believes that sending ground-troops to solve this is the more effective strategy.

So once again: The United States and Montenegro are both working on separate working papers - at least so far - we don’t know whether they will find enough consensus to put their ideas in a combined working paper or not.

Maybe, the answer is a suggestion stated by the Kingdom of Norway: Limited ground-troops supported with the help of Air-Forces.

But, the United States- as one of the most powerful countries in the world- made one thing clear: “We will not send ground-troops to Syria.”

However, the Delegate of France pointed out that - besides of banning and destroying chemical weapons - it is important to create defensive measures for the NATO members against possible chemical weapons attacks. With the collaboration of the French Republic, the United Kingdom of Great-Britain and the United States of America, France currently strives to strike on Syria’s ground.

After long discussions, strong words and tons of coffee, Denmark summed up the day up in one sentence: “We don’t like chemical weapons.”